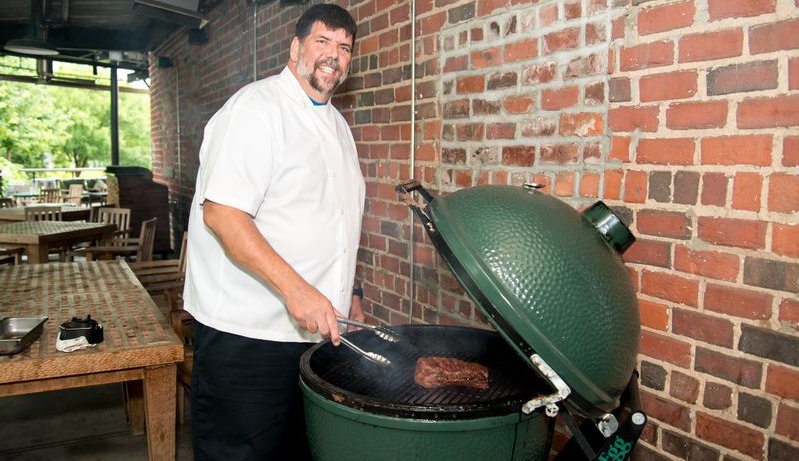 One of the best steakhouses in the country is in Atlanta

‘Tis the season to fire up the grill! But if you are a grilling novice, Atlanta happens to be home to one of the best grill masters in the country, according to dining website The Daily Meal.

Earlier this year, editors at the website scoured major cities, including Chicago, Las Vegas and New York, for the smorgasbord of steakhouses, from “carnivore temples helmed by world-famous chefs to old-school Middle-American chophouses.”

The Daily Meal team compiled its “America’s 50 Best Steakhouses,” offering by looking at a list of more than 200 leading restaurants to get red meat. Franchise meat masters like Capital Grill, Fleming’s and Ruth’s Chris were excluded from this list. Instead, the compilation is independent steakhouses that span from the pricey to the affordable. Ethnic steakhouses like Brazilian churrascarias were also cleared from this list, but are separately compiled on another ranking.

The geographical span is wide for the best steakhouses. On one end of the ranking, an upscale Boise restaurant called Chandlers, which serves natural and organic grass-fed beef from Oregon’s Painted Hills, American Kobe from Snake River Farms, and Japanese Wagyu, received high marks. Chandlers was No. 48 on the list.

At No. 8, Killen’s Steakhouse, a roadhouse out of Pearland, Texas, has an unsuspecting elegance when you walk in, according to Daily Meal editor Dan Myers. Le Cordon Bleu-trained chef Ronnie Killen opened the restaurant in 2006.

“It’s one of the few restaurants in the country that has separate menu sections for wet-aged and dry-aged steaks, which are sourced from Allen Brothers in Chicago and Strube Ranch in Pittsburg, Texas,” Myers wrote.

Even with all the various spots on the list, Georgia still made its presence known among the steak connoisseurs.

At No. 29, Kevin Rathbun Steak has been deemed the best steakhouse in Georgia by The Daily Meal. Distinguished chef Kevin Rathbun opened his highly lauded steak restaurant in the former Clorox factory in Inman Park, 112 Krog St., in 2007. The space is both spacious and whimsical, while the offerings are classic yet mouthwatering.

“Rathbun serves steakhouse classics like escargots, seafood towers, dry-aged porterhouse for two and three, a 22-ounce cowboy rib-eye, and 16-ounce New York strips, but there’s also a wide selection of items that you don’t see on most steakhouse menus like Coca-Cola baby back pork ribs, eggplant fries, lobster fritters, ahi tuna poke, and Asian-style meatballs,” Myers wrote. “If you go twice, order whatever you like. But if you go once, get the steak; we’d recommend that cowboy rib-eye.”

To get the full scope of where steak is done right around the country, review The Daily Meal’s full ranking of the 50 best steakhouses in America here.

One of the best steakhouses in the country is in Atlanta